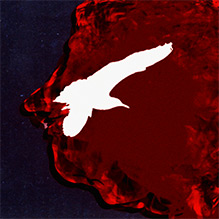 Alouette – Kings of the South Seas

One of ten videos I made in 2017 for live performances by the art-rock-folk band Kings of the South Seas. The songs are taken from their album ‘Franklin’ (2018), which explores the musical milieu of Arctic explorations in the 18th and 19th centuries.

Kings of the South Seas are Ben Nicholls, Richard Warren and Evan Jenkins.
Music produced and mixed by Ben Hillier.

Supported by the Arts Council England.