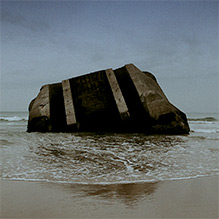 Part of the Atlantic Wall, constructed from 1940 onwards with the use of forced labour during the Nazi occupation of France.

Filmed in 2012. The bunkers on the beach at Wissant, seen at the end of the video, have since been demolished.