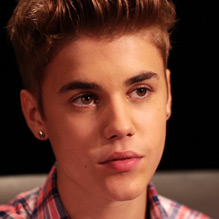 Justin Bieber and his Beliebers

In July 2012, Justin Bieber was the biggest pop star in the world. He had just released his second album Believe and was about to embark on its promotional tour, scheduled to run from September 2012 until May 2013. In the relative calm before the juggernaut of the tour growled into life, he played a few comparatively low-key concerts, including headlining the MTV World Stage Live In Malaysia 2012 event.

I travelled to Kuala Lumpur in Malaysia to interview Justin Bieber and film him backstage for MTV. He was charming company, although a little limp in the humidity of the Malaysian summer. Recently turned 18, he had the swagger of a veteran combined with the insouciance of youth. The MTV special contains the footage of the interview and event. Below, a frame grab of Bieber from the interview.

Bieber’s fans style themselves as the Beliebers. They’re mostly young girls who will defend Justin from any naysayers. In concert, he will single one out from the crowd, delivering them a jolt of sublimated desire from a distance. Hysteria is present, but tends to bubble under the surface: in this day and age, the relationship between pop star and fans has established and acceptable outlets, mostly online.

The Malaysian fans waited patiently for Justin in the sweltering heat and greeted him with well-rehearsed screams and misty-eyed singalongs as he suggested that they were his Baby and maybe he could be their Boyfriend. Click on the video at the head of the page to share the crowd’s-eye view of the Bieber experience.

The MTV World Stage was situated in a drained swimming pool outside central Kuala Lumpur. In previous years, the heavens had opened, threatening fans and the stage with flash flooding and electrical shortouts. This year the rain stayed at bay and rays of golden sunshine broke through to touch Justin as he paraded up and down the stage. As he’d said in his interview the day before, “Mother Nature? She’s a Belieber too.” 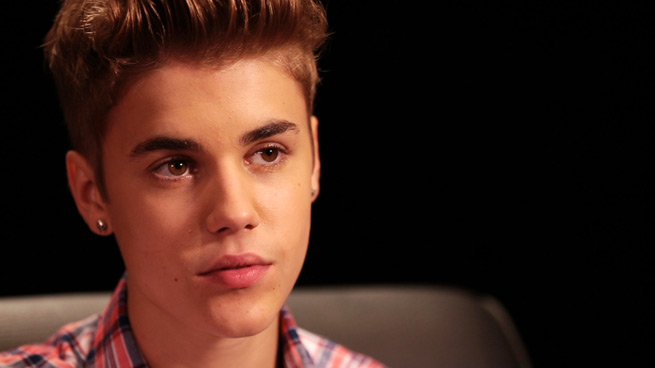