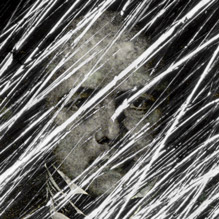 Video for the first single from the album ‘Franklin’ by Kings of the South Seas, out on Hudson Records in January 2018. ‘Lady Franklin’ is a broadside that was inspired by the disappearance of an expedition led by Sir John Franklin to the Canadian arctic in the 1840s to search for the north west passage. Tales of disaster and cannibalism emerged, but his spouse Lady Franklin tirelessly kept his story in the limelight back in England and raised funding for other expeditions to go to search for him. The remains of his two ships – HMS Erebus and HMS Terror – were discovered in 2014 and 2016. Sir John Franklin’s remains have never been located.

This is the first of ten films I made in September 2017 to accompany live performances of the album ‘Franklin’ by Kings of the South Seas.